Over 10 years we helping companies reach their financial and branding goals. Onum is a values-driven SEO agency dedicated.

What is the buzz of ADA compliance going around?

You might’ve heard about the ADA Compliance Buzz going around, but what is ADA? Why are websites being sued? Why are law firms targeting them? Can your website be sued under it too?

According to the ADA National Network, the ADA “is a civil rights law that prohibits discrimination against individuals with disabilities in all areas of public life, including jobs, schools, transportation, and all public and private places that are open to the general public.” No matter if it’s a brick-and-mortar store, a job opportunity, or otherwise.

But how can a website be sued for this?

The Internet was not a massive part of our day-to-day life when the Americans with Disabilities Act was formed in 1986, as it is now after the pandemic. Hence, websites were not included as public accommodation then, and although the ADA lists 54 different examples of “public accommodation,” nowhere in the text of the law does it mention the Internet or websites.

But several cases filed against companies and their websites considered them under places of public accommodation under the Title III of the Americans with Disabilities Act, 1990. And if they’re not accessible to people with disabilities, it violates the ADA Law.

One significant instance was when the National Federation of the Blind filed a class-action lawsuit against Target in 2006 in federal court. The court ruled in the National Federation of the Blind’s favor based on Title III, and members of the class-action case were awarded a $6 million settlement for the same. Since then, such lawsuits have continued to grow in popularity.

Because of this, Netflix was sued in 2012 by the National Association of the Deaf for not providing adequate closed captioning on its “Watch Instantly” content. And not just Netflix, but also Nike in 2017, Burger King in 2018, Amazon in 2018, Domino’s Pizza in 2019, and more than 240 businesses were sued in 2015 for issues related to accessibility for blind users, and that does not include any companies that settled out of court.

And if your website is not accessible to – or discriminatory towards – people with disabilities, you could be fined up to $75,000 for a single violation of the ADA Law, which could be raised to $150,000 for additional offenses.

This is why law firms are targeting companies based on whether their website is ADA compliant or not.

According to the WHO, nearly 15% of the world’s population lives with some form of disability. So, not only would it expand their potential customer base and increase site traffic to include visually challenged users and otherwise, but it would also be morally and ethically preferable.

But the questions of how to make a website ADA compliant and what determines if a website is accessible or not are still unanswered.

WCAG stands for Web Content Accessibility Guidelines. 2.1 is the latest version. AA refers to the conformance level that is most commonly required and accepted, not only in the United States but across the globe.

It states the 50 things you can do to improve the accessibility of your website or mobile app.

If you have not yet received a lawsuit, it’s best to be precautionary. If you’re considering developing a new website for your organization or upgrading your current one, ensure that it conforms to WCAG 2.0 AA to be on the safe side.

We recommend following the saying: “Prevention is better than cure.” Take action to prevent lawsuits now, and reap the benefits later!

Reach out to Able Websites and get your website ADA compliant in under 24 hours. 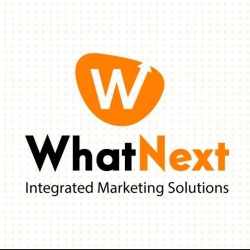 Why is upgrading your website to be ADA Compliant important?

For forever, it has been difficult for people with disabilities to access many things....

No comments to show.

She is the CEO. She's a big fan her cat Tux, & dinner parties.